The theme this year is ‘The Will to Survive’ – with the evening’s speakers reflecting on what kept them going during those years of incarceration, when it would have been all too easy to give up.

2012, marks the 70th anniversary of the assassination of Reinhard Heydrich, code named Operation Anthropoid. With the British Special Operations Executive (SOE) in London, preparation for it began in October 1941. On May 27th, 1942, Heydrich was attacked by British-trained Czech/Slovak freedom fighters Jan Kubiš and Jozef Gabcík, who had been airlifted into German-occupied Czechslovakia along with soldiers from Czechoslovakia’s army-in-exile. The grenade attack on Heydrich’s car left him fatally wounded and he died on June 4th 1942. Operation Anthropoid remains the only assassination of a top-ranking Nazi.

Heydrich, nicknamed the Butcher of Prague, was the chief of the Reich Main Security Office (Reichssicherheitshauptamt, or RSHA) and the acting Protector of Bohemia and Moravia from September 1941. One of the masterminds behind the Final Solution, the Nazi programme for the genocide of the Jews of Europe, he had chaired the January 1942 Wannsee Conference.

In reprisal more than 13,000 people were ultimately arrested, and many were killed. The most notorious incident was in the village of Lidice, which was destroyed on June 9, 1942. All the male residents were executed, most women and children were deported. Operation Anthropoid was the only assassination of a top-ranking Nazi.

Sir Andrew Burns, the United Kingdom Envoy for post-Holocaust issues, is responsible for leading the Government’s efforts on a range of important post-Holocaust work. In a distinguished career, he was the British ambassador to Israel from 1992 to 1995

Both of the evening’s speakers were born in (former) Czechoslovakia.

Zdenka Fantlová grew up in Rokycany, a town about 70km South-West of Prague. Having “danced under the gallows” at Terezín along with many of the luminaries of Czech-Jewish culture, Zdenka survived Auschwitz and Mauthausen and was liberated in Bergen-Belsen by an unknown British soldier. She lost all members of her immediate family. Following the liberation, she was sent to Sweden for recuperation and in 1949 emigrated to Australia where she lived for 20 years. The author of ‘The Tin Ring’, which was translated into Czech and German, she is known in the UK, Germany and the Czech Republic as an eloquent speaker on her experiences and was a runner up in the 2010 contest of the Sternberg Active Life Award. One of the most striking aspects of Zdenka’s character is her refusal to see herself as a victim and her amazing will to survive.

Mr Greenberg grew up in the village of Majdan (now in Slovakia). In 1941 his family were among the very few who escaped death when almost the entire Jewish population of the town was massacred. Their ‘reward’ came in 1944 when they were put on a transport to Auschwitz, where Victor’s family were subsequently murdered. He survived somehow, only to be sent to Mauthausen. He was liberated by the Americans in the labour camp of Gunskirchen and arrived in Britain in 1946. He is one of ‘The Boys’ in Martin Gilbert’s book. 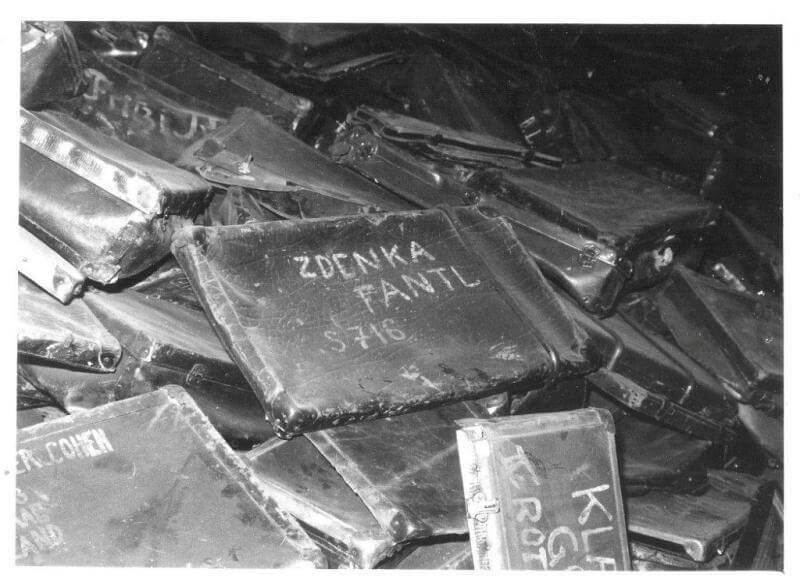