They tried to kill us, we survived, let’s eat…

If you would like to join us or arrange for visitors to join our high holiday services, please contact Carolyn in the shul office on 020 8868 7204

During the Covid-19 pandemic in 2020, when it was not possible for many to be physically present for a service, Pinner Shul recorded an inspiring and evocative Kol Nidre service, in partnership with the Chief Rabbi’s Office and the United Synagogue. This can be viewed here

We celebrate Succot in our communal succah and have great fun decorating it and enjoying kiddush and indeed, communal meals in the succah.

Each year, we honour two male members of the community as Chatan Torah and Chatan Bereishit. We have a communal dinner on the night of Shemini Atzeret/Simchat Torah and there is a Pinner tradition that the chatanim perform a short sketch for the community – please see here for the honours list and ‘shtick’ from the recent honourees.

The forms for mechirat chametz can either be emailed back directly to me (rabbikurzer@pinnershul.org) or delivered to me in person by Tuesday 12th April 2022 at the latest.  The form is available as a word document click here to make it editable on the computer and does not need to be signed by hand.  For those who prefer to print and fill it out by hand, here is the PDF version click here.

Alternatively, one can simply sell one’s chametz through Rabbi Conway who makes a sale on behalf of people across the community.  Details can be found here www.theus.org.uk/sellchametz

NB: Those travelling east for Pesach, including to Israel should note so on the form as chametz will need to be sold earlier in the day or even the day before.

TA’ANIT BECHORIM (FAST OF THE FIRSTBORN)

On the morning before Seder night, firstborn men have a custom to fast or partake in a siyum (celebration after completing a significant segment of Torah study).  This is done in recognition of the fact that had they been in Egypt they would have been saved by the Almighty from the Plague of the Firstborn.

I am planning to make a siyum in Shul on Friday 15th April 2022, immediately following davening at approx. 9:00am and will be livestreaming it via Zoom.

Bedikat chametz should be done after nightfall (8.39pm) on Thursday evening 14th April.

Before beginning the search, one recites the bracha “al bi’ur chametz” and should have in mind the destruction of chametz the following morning (see below).

The search should be performed in all areas where chametz may have gone, even on occasion.  One should also check more than just the rooms of the house, i.e. pockets, cars, etc.  The chametz found while searching is traditionally burned the following morning.  After the search, the first “kol chamira” declaration, printed at the beginning of the machzor, is recited.

One must stop eating chametz by 10.42am on Friday 15th April.  Leftover chametz should be rendered inedible, ideally by burning it.  All chametz (that has not been included in the sale) should be burned (/rendered inedible) by 11.52am on Friday.  Try to leave only a small amount so that it is easily destroyed.

After burning/destroying the chametz, the second “kol chamira” declaration, printed at the beginning of the machzor, is recited.

All preparations for the Seder should ideally be completed before the time for candle lighting, when Yom Tov begins (7.43pm).  The Seder (Kiddush) should begin after 8.41pm.

END TO PRAYING FOR RAIN

Those who will not be in Shul on first day Pesach should stop reciting “mashiv haruach” (the addition to the Amida for rain) from Mincha that afternoon (Shabbat afternoon).

Since the 7th day of Yom Tov is a Friday, in order to be able to prepare for the following day (Shabbat), one must make an “eruv tavshilin” before Yom Tov begins i.e. on Thursday 21st April in the afternoon.  This is done using one cooked food (generally meat, chicken, fish or egg) and one baked food (usually a matzah).  They are held in one’s hand while the bracha and declaration are recited – these can be found on pg. 642 of the Chief Rabbi’s green siddur or at the beginning of most machzorim.

If you would like to join Rabbi Kurzer’s WhatsApp group and receive a daily reminder to count the Omer, please scan the QR code below or follow the link here 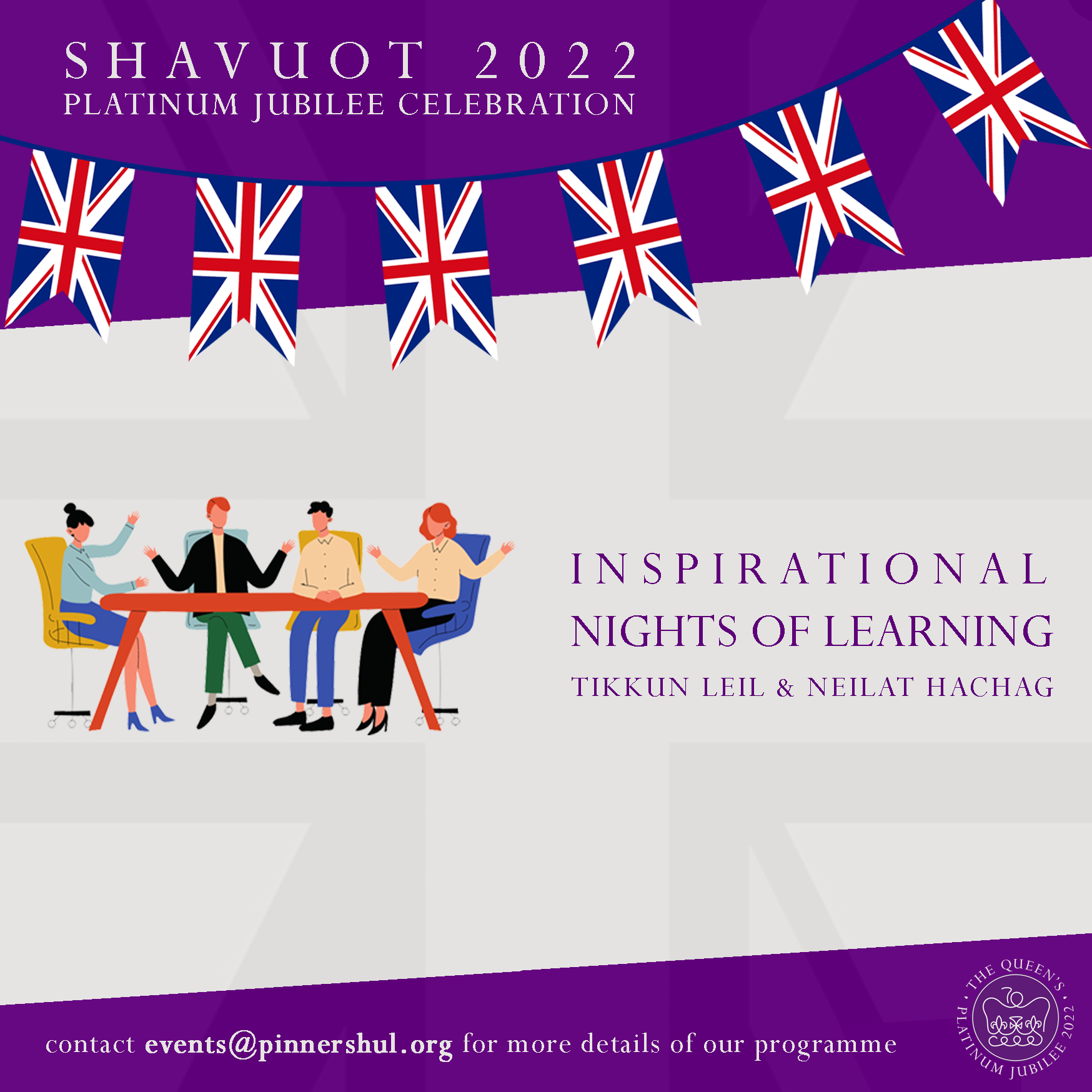 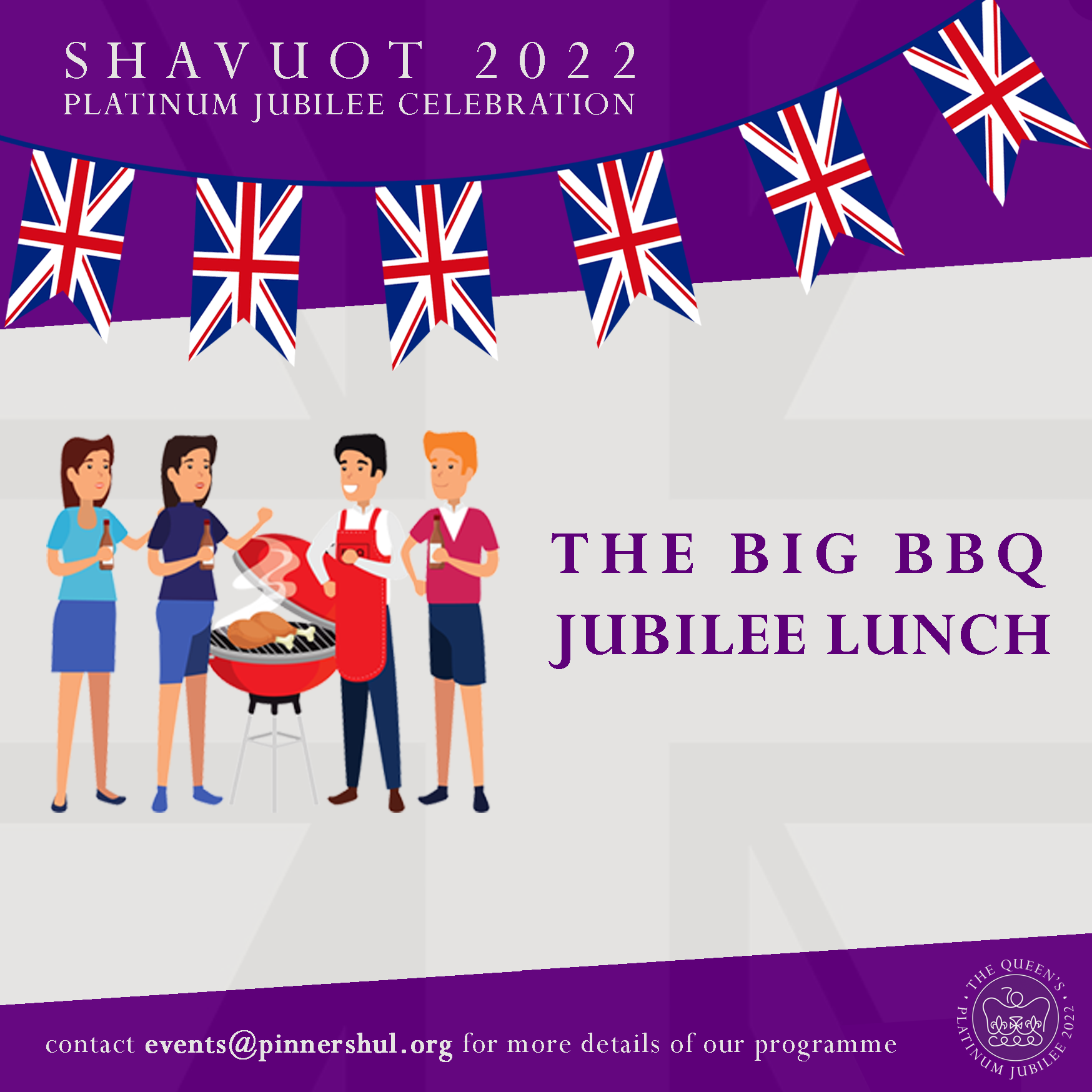 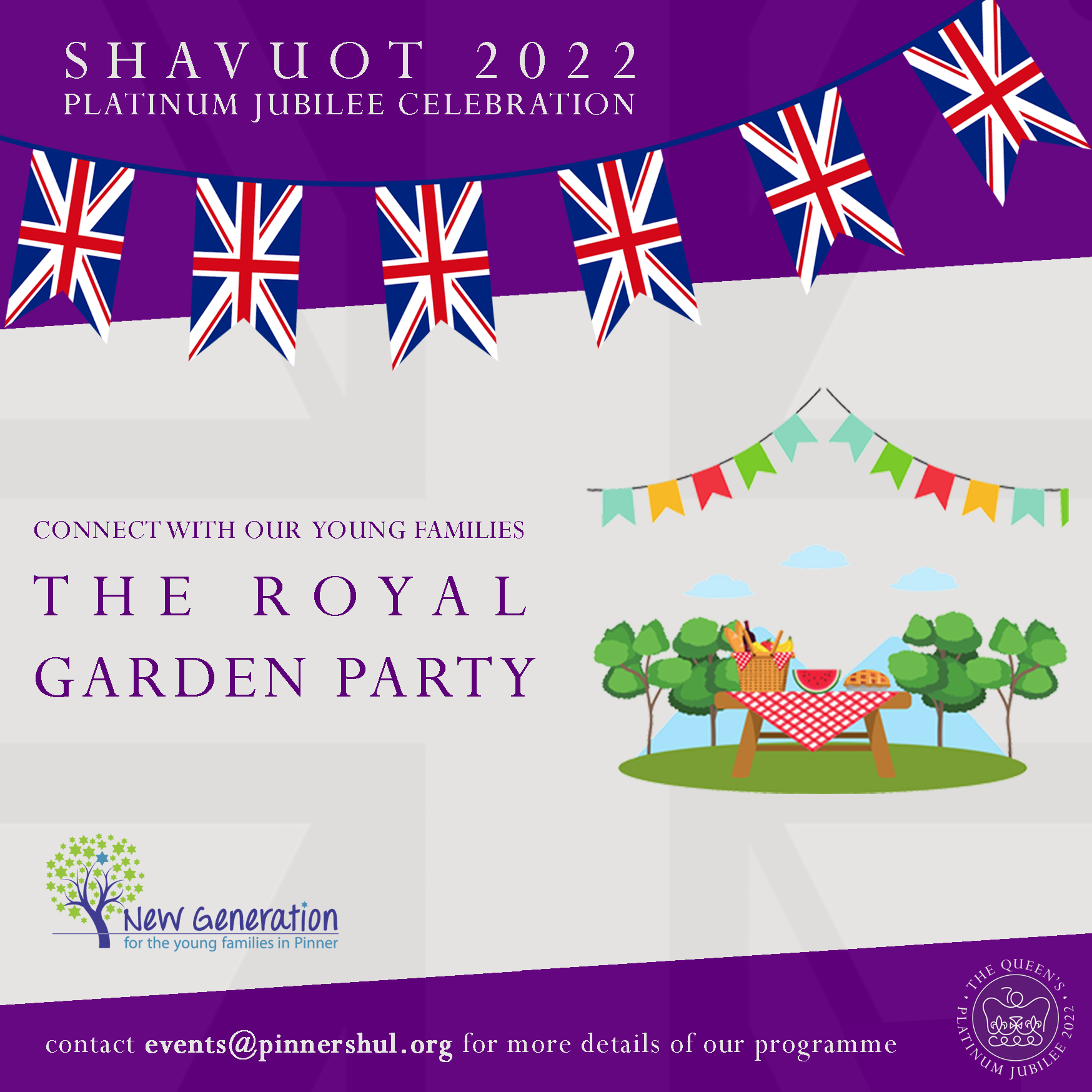 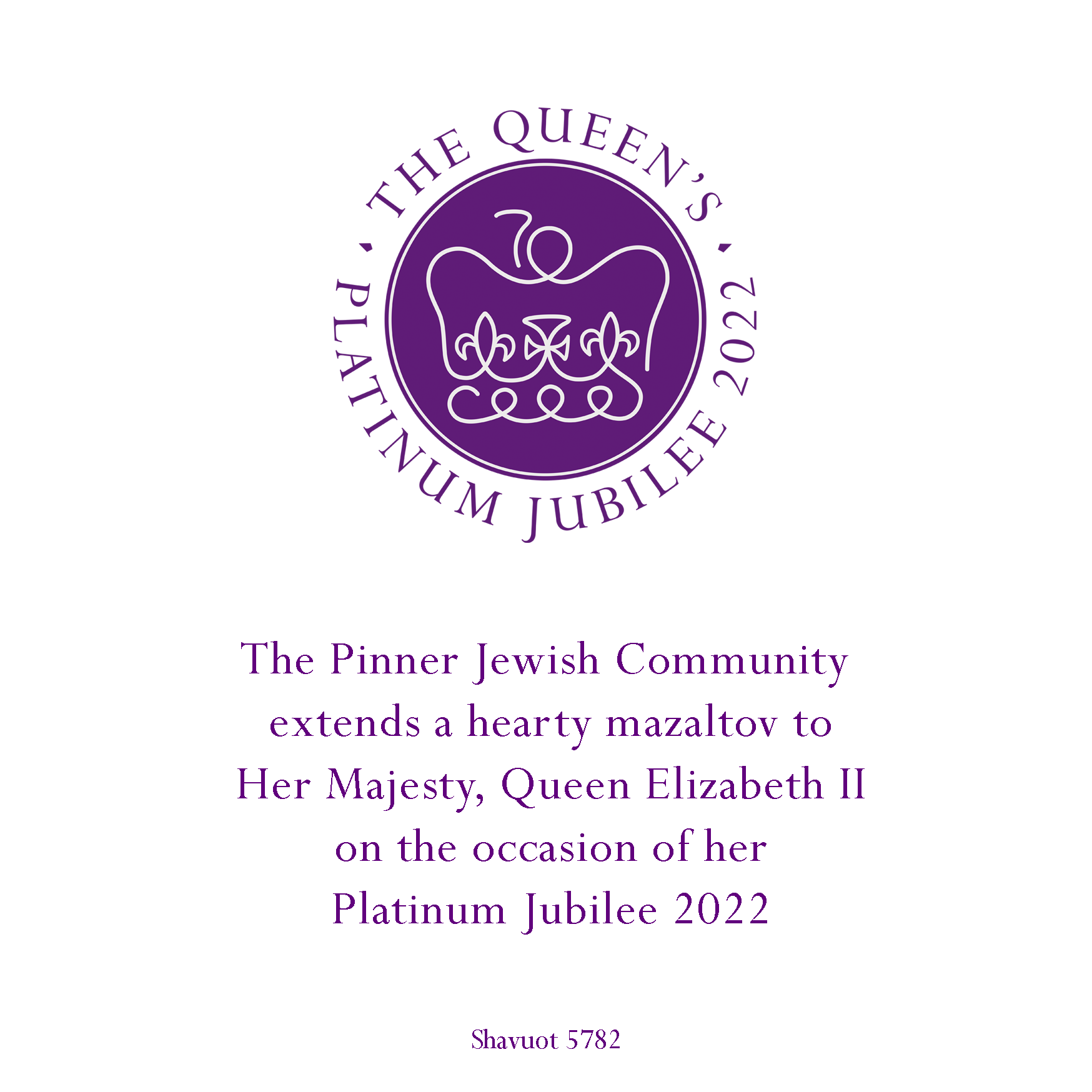 In Pinner, as well as the traditional cheesecake, this is the time for a strawberries and cream kiddush, with plenty of ice cream too… not to mention the full cream tea!

We honour two female members of our community as N’Shot Chayil at Shavuot, when we also run our annual ‘scholar in residence’ programme. This runs throughout the festival starting with a Tikun Leil and concluding with a Neilat Hachag communal meal.