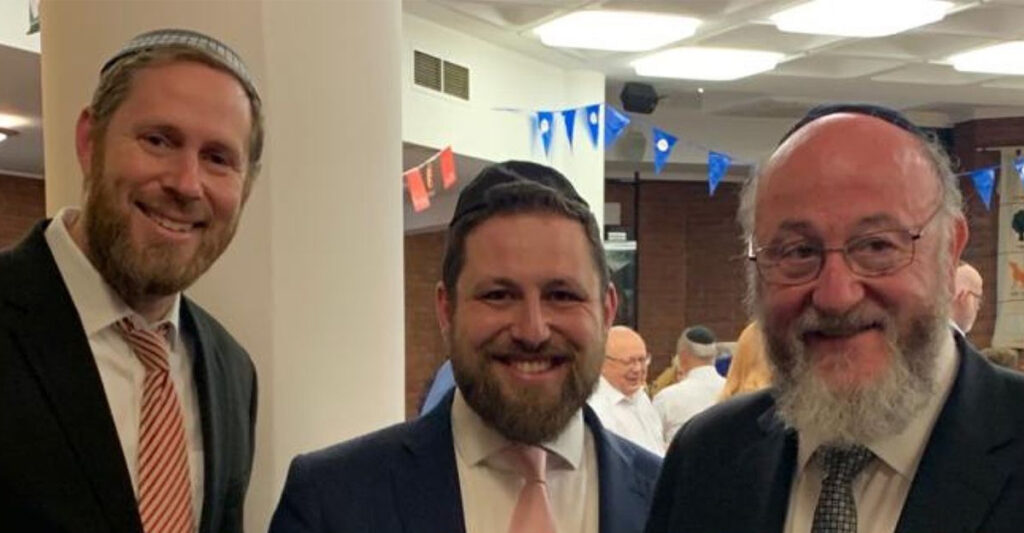 Over 600 people living in and around Pinner got involved with Shabbat UK, the highlight of which was the Seudah Shlishit with 170 people celebrating the induction of Rabbi and Rebbetzen Kurzer which was cancelled in March 2020. Past Chairman, Jonathan Mindell, welcomed Chief Rabbi Mirvis, who addressed the evening, honouring and recognising the contribution of Rabbi and Rebbetzen Kurzer since their appointment in August 2019.

In his opening remarks Jonathan Mindell gave an example of Rabbi Kurzer’s initial impact on the community. He referred to the regular Women’s Discussion Group, which used to take place at 11am on Shabbat morning.  He noted that the ladies had requested that this be brought forward to 10am, because the later start meant that they would miss Rabbi Kurzer’s sermon!

Rabbi Mirvis explained this could no longer be called an ‘induction’, since Rabbi Kurzer’s leadership was already well established, and he was much loved and respected by the entire community. He was sure Pinner was in safe hands under the leadership of its Dream Team.  Rabbi Kurzer responded with thanks, and looked forward to enabling Pinner to grow under his direction

Pinner’s current Chair, Lisa Olins, presented the Kurzers with a beautiful challah board, with a suitable inscription celebrating the occasion. This was absolutely Pinner at its best and the warmth in the room for Rabbi and Rebbetzen Kurzer was truly palpable.

The weekend started when we were delighted to welcome guest speaker Rabbi Jessie Horn to our Friday night dinner, attended by 150 members, many of whom had not been back to the Synagogue for two years, and incredible desserts were made by Pinner youth in the build up to the event. For those elderly members who were unable to join us, food packages were delivered to ensure they were still part of our weekend. After Shul on Shabbat morning, our community members opened their homes to others with kiddushim, run for neighbours encompassing nearly 250 people. At the same time families with young children gathered for an ‘around the world’ themed lunch where we learnt songs in languages spoken by those in attendance including Portuguese, Farsi and French! For those that still had the energy, there was a guided walk within the Pinner Eruv with stops en route to admire Pinner’s various historic houses and landmarks, all bathed in glorious sunshine. 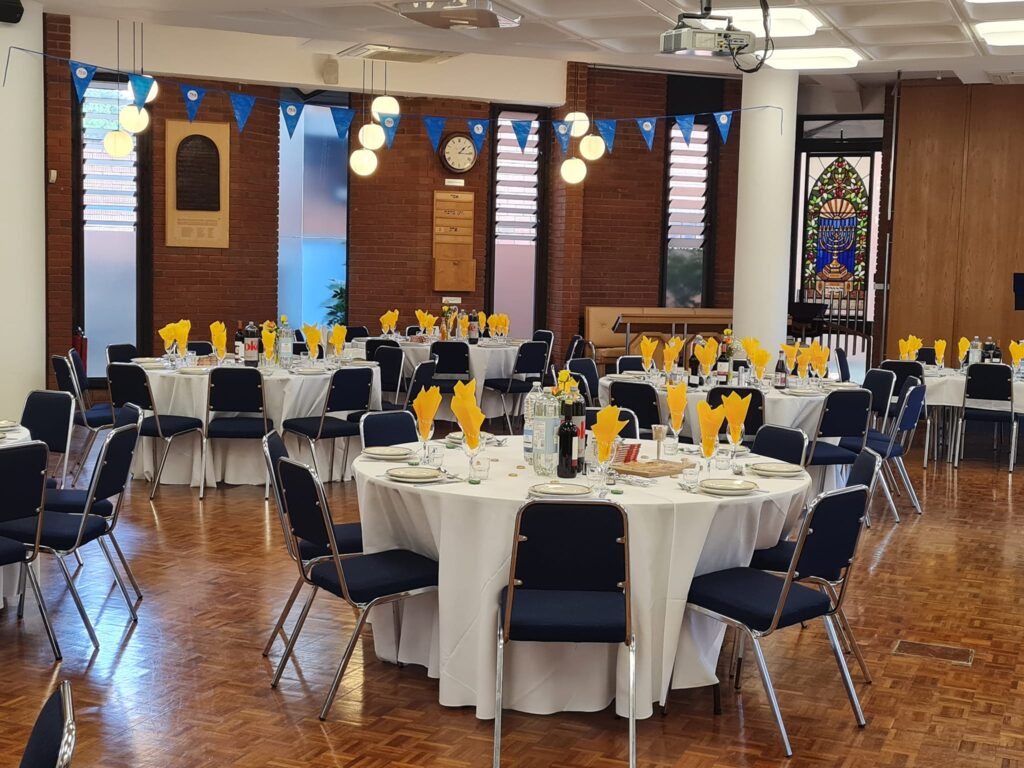 See flyer below for details of all of our activities that took place for Shabbat UK in 2022. 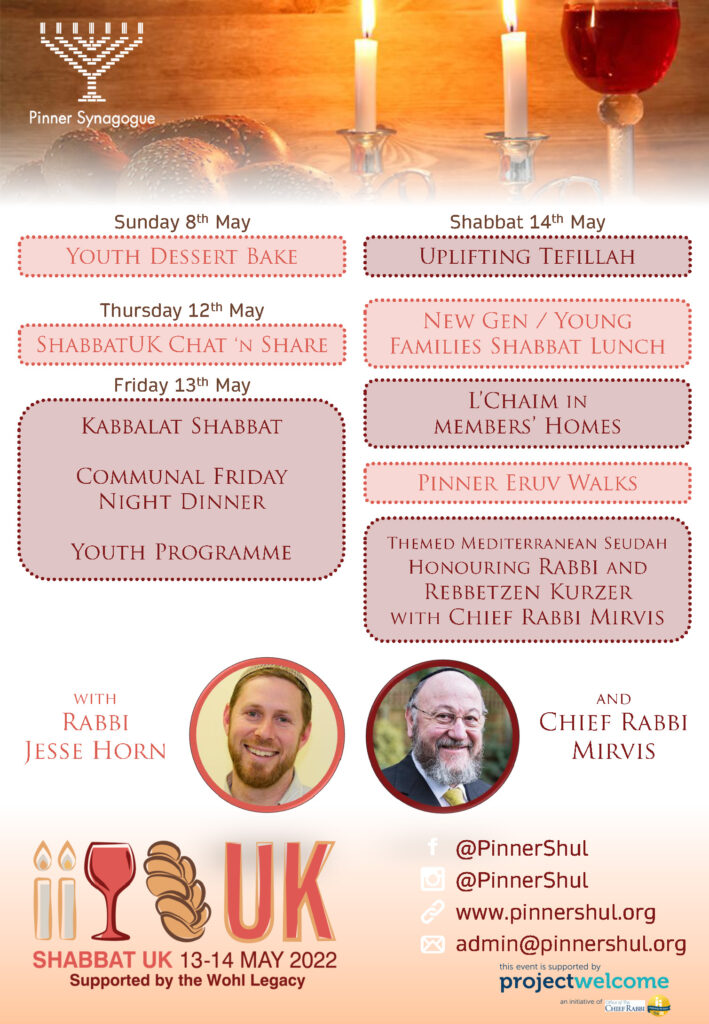